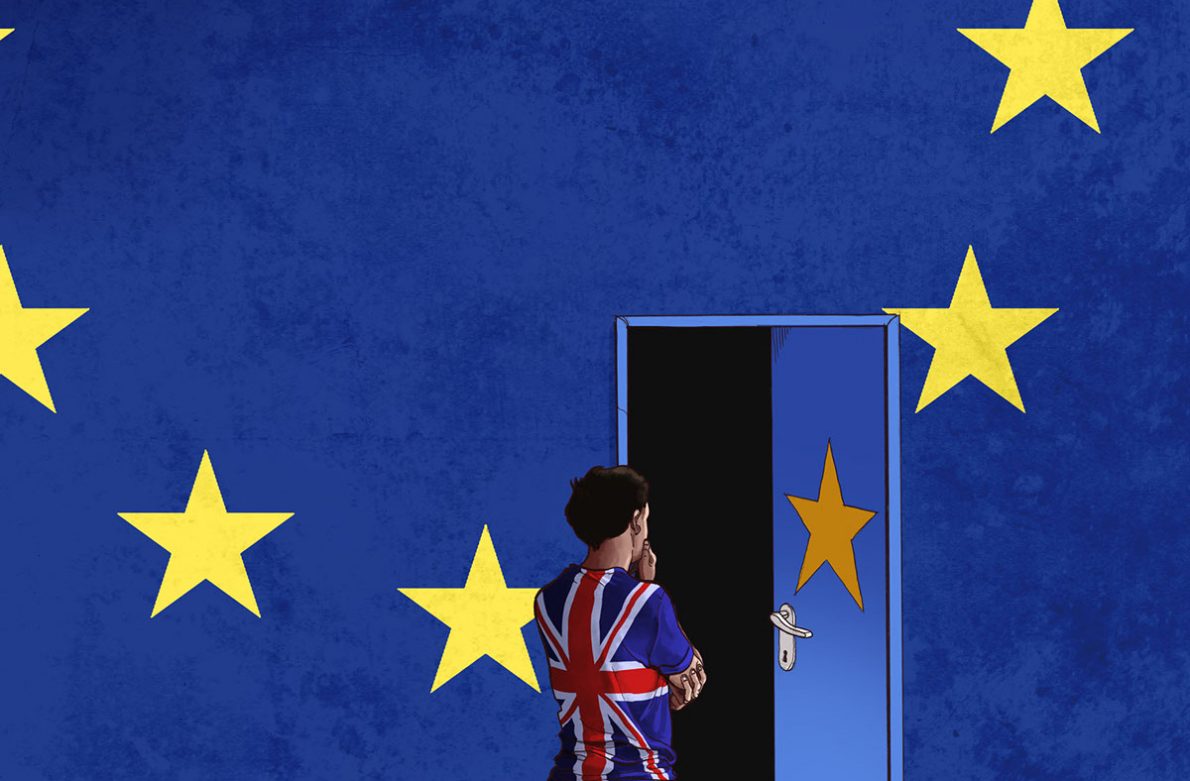 “DON’T PANIC – SO LONG – AND THANKS FOR ALL THE FISH & CHIPS”, says the cover of a newspaper in Slovenia. As the dust begins to settle on the Brexit Referendum results, it is time to take a closer look past the smoke to see in the eyes of our European neighbours. What is Europe thinking? 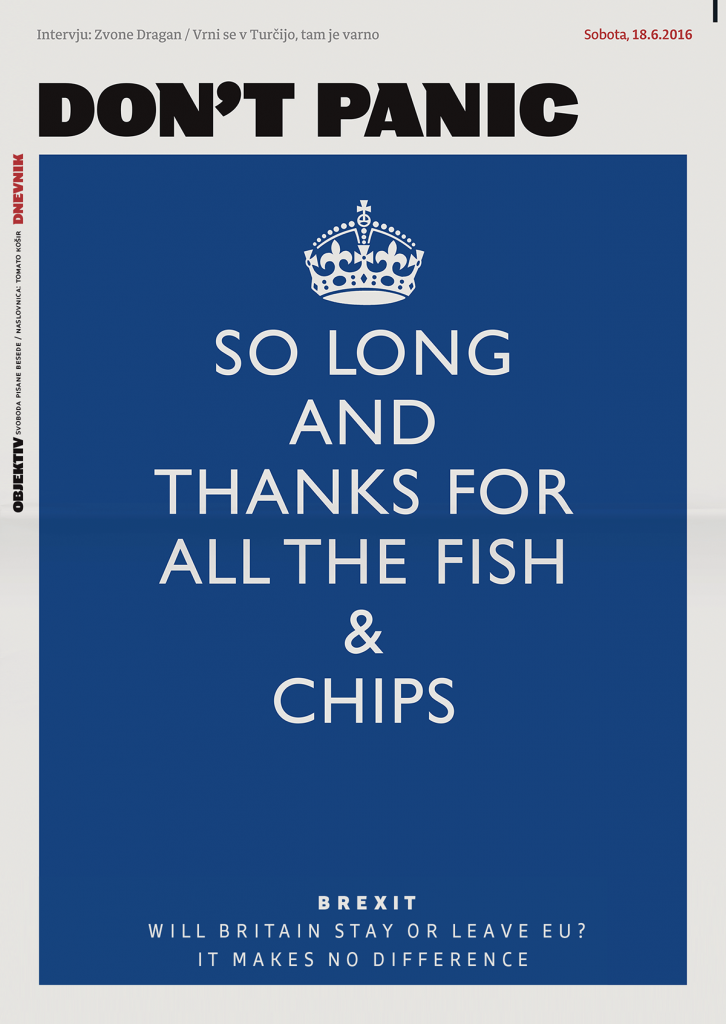 Showing a Double Decker Bus with the destination “BREXIT” With a rocket tied to it; is Britain heading for disaster? 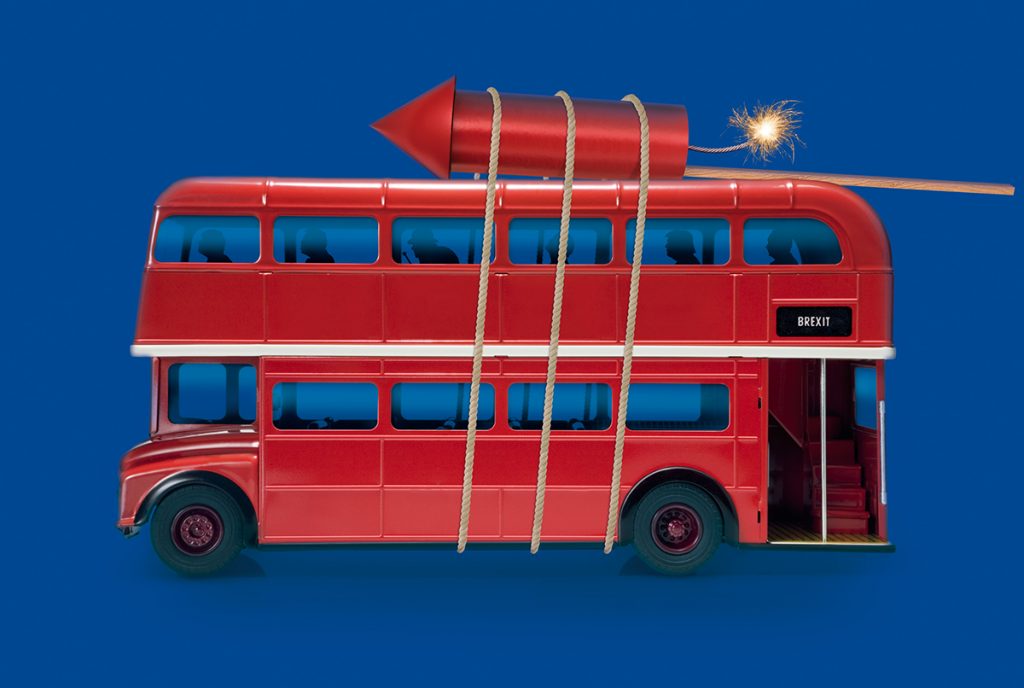 Idea & illustration: Tomato Košir from Slovenia; to follow more of Kosir’s work you can check out their Behance page here (Kosir’s Behance Page)

Portuguese based Daniel Garcia designed this illustration which really shows the fears and doubts of British people, it represents Britain in the EU where the piggy bank sits and an exit which leads to the unknown which is how it’s seeming to not just Europeans but also the British public still feeling led in the dark. 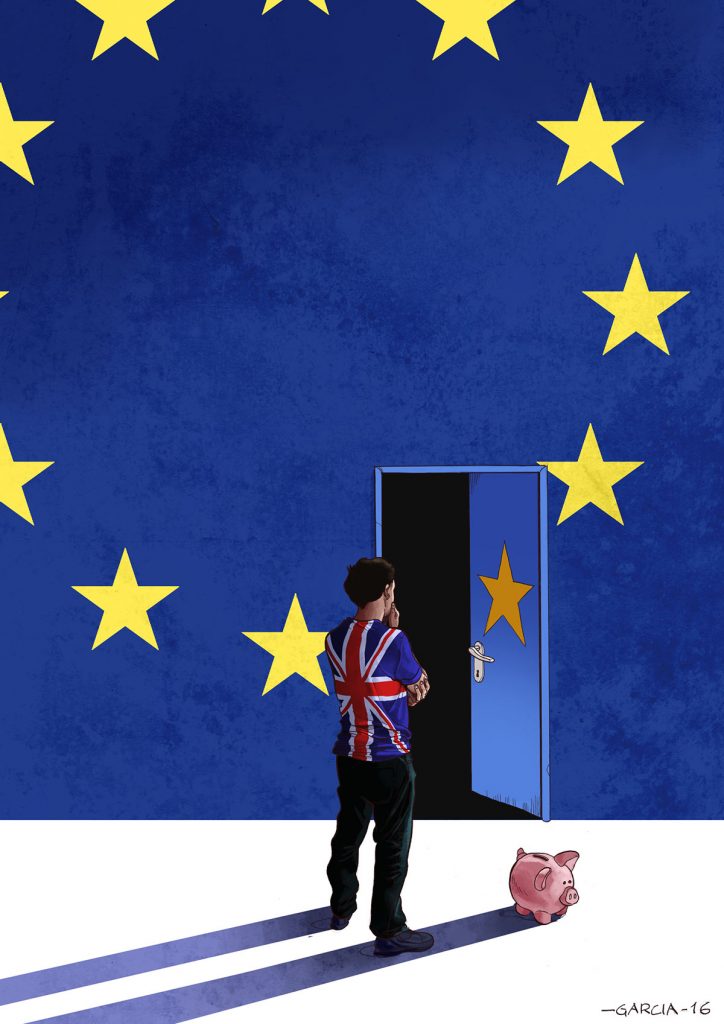 Netherlands based Graphic Artist Bart Van Leeuwen  impressed us with this fantastic depiction, named “Battle Of Britain”. The artist depicts Boris Johnson, in the iconic British Supermarine Spitfire aircraft, used by the British Royal Marines and served in war and below him is David Cameron flying the the Messerschmitt Bf 109 which is a German World War II fighter aircraft expressing and acknowledging the clashes between remaining and leaving the European Union. The unique aspect style of character in Bart’s work makes it ever intriguing and captures the expression of some aspect of the Brexit. 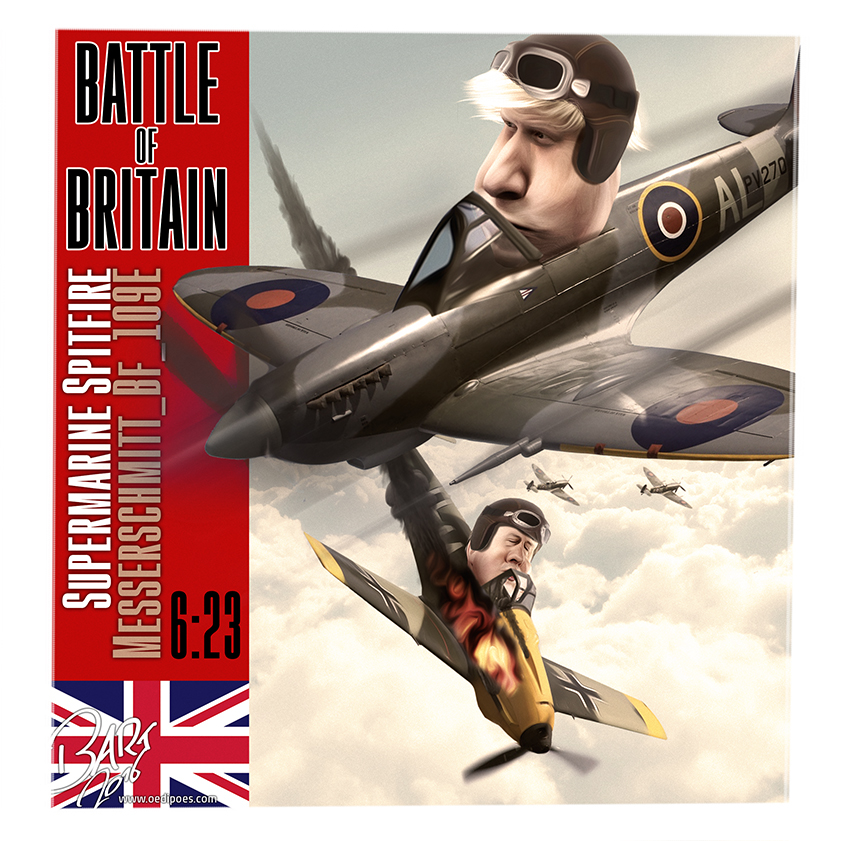 Italian Artist Pietro Mezzano-Rosa designed this illustration on the Brexit with the EU countries around a camp fire, depicting Britain to be the reason that the EU may split!  You can see more of Pietro Mezzano-Rosa‘s work on Behance. 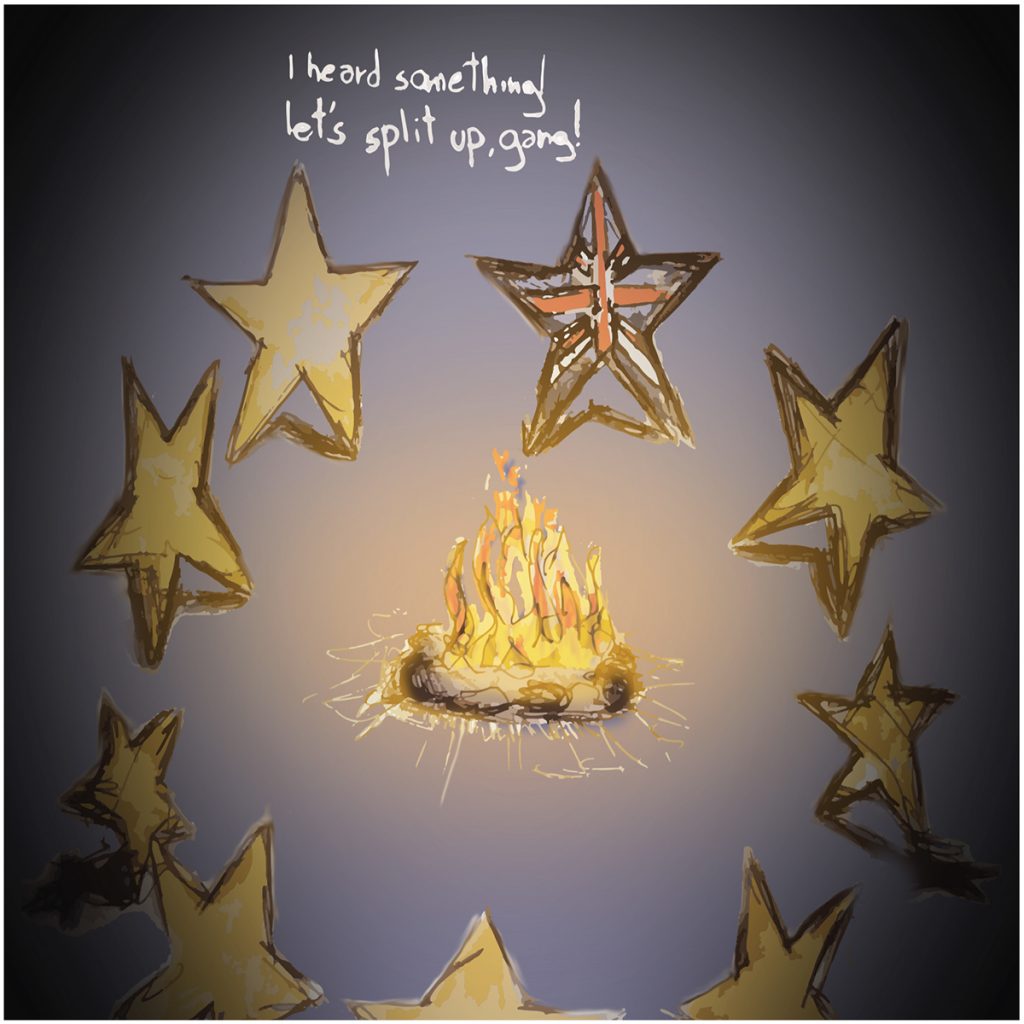 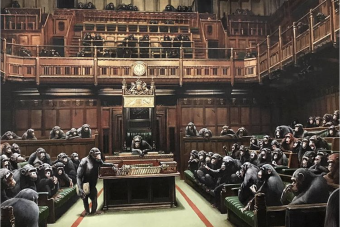 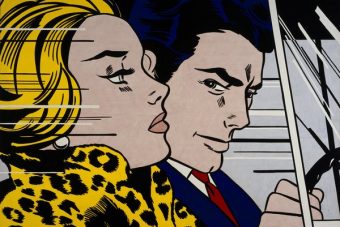 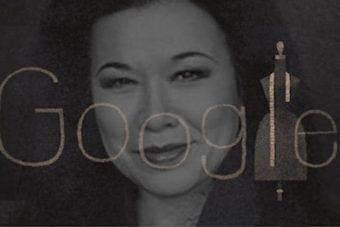 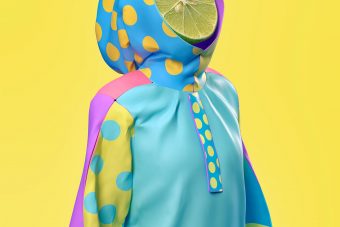