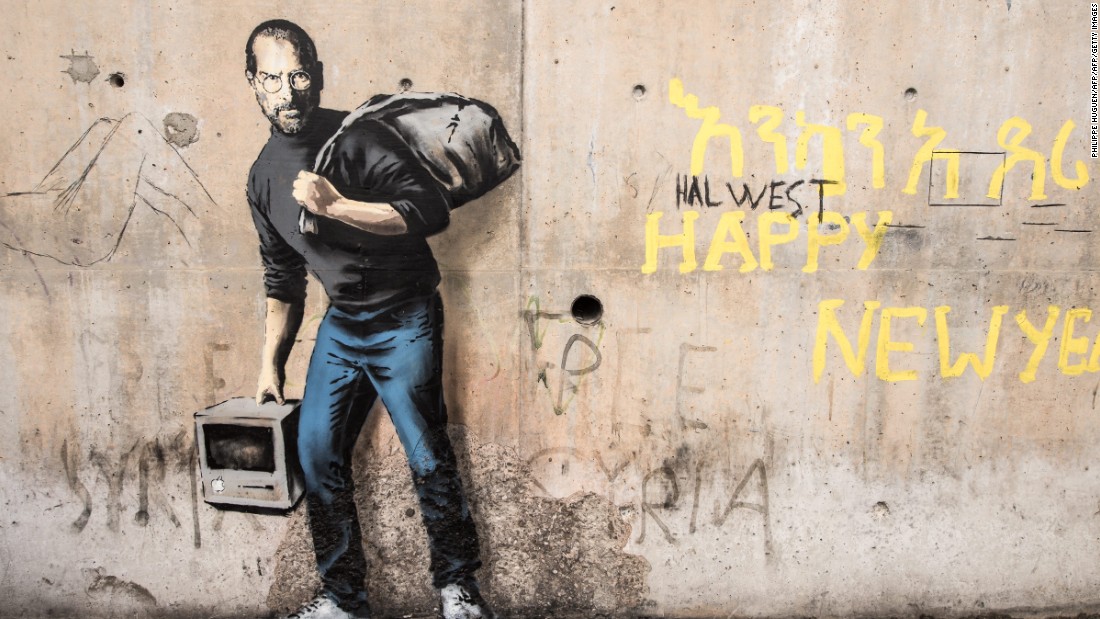 Many have speculated over the years of who Banksy is; the Mail On Sunday have claimed it was Robin Gunningham back in 2008. Some in the past have suggested the artist could even be a woman and why couldn’t they be?  CityLab writer Kriston Capps claims,

Girls and women figure into Banksy’s stencilled figures, for starters, something that isn’t true of 99 per cent of street art.

This debate has recently been renewed as the Queen Mary University of London have used a method known as geographical profiling to pinpoint locations associated with Banksy and cross reference people with those points, a strategy more commonly used for criminal profiling. The conclusion the scientists came to was that Robin Gunningham was possibly Banksy himself.

Banksy has been known to have designed the album cover for Blur, “Think Tank”. The artist’s graffiti has been an inspiration for many over the years with messages, usually quite deep and thought provoking.

Anonymity has always been of importance as although Banksy’s work may be art, in the eyes of the law it is still seen as illegal.

We look back at the Artists work in celebration as whoever Banksy may be has won our hearts and minds. 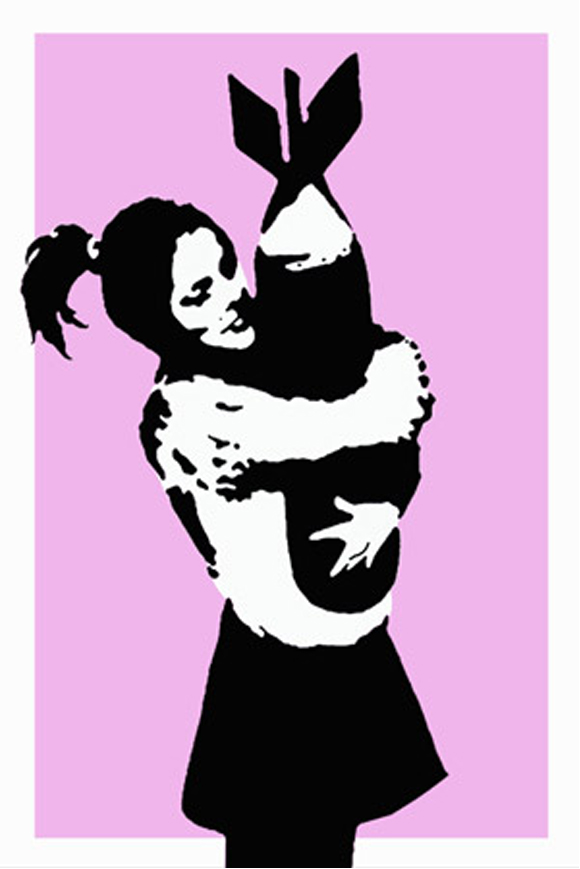 This piece of Art was named Bomb Hugger,  the image was of a young girl hugging a bomb. It’s one of Banksy’s artwork back in 2003, it was again reproduced and seen on a wall in the East End of London. 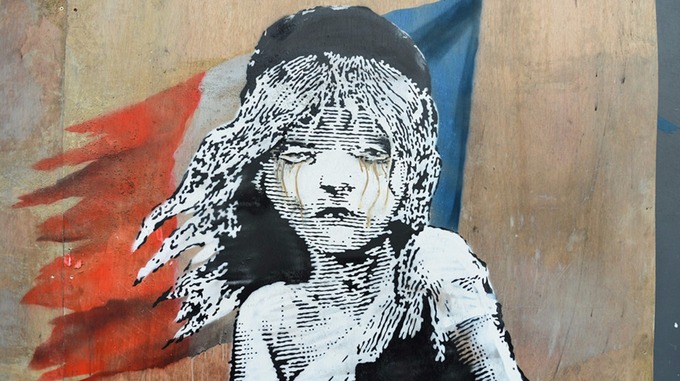 This mural depicts a young girl with tears in her eyes as gas billows towards her. It was Banksy’s way of criticising how Europe has handled the refugee crisis and the use of tear gas in the “jungle” Calais refugee camp, it’s location was across from the french embassy in London.

This graffiti art is of the late Steve Jobs, it was a statement as to how Europe was treating people migrating from war torn Syria. It was pointing at the Apple giant founder’s Syrian background and highlighting how these people are holding very few important belongings and nothing more. The artist felt so strongly about it that a statement accompanied the work, Banksy said:

We’re often led to believe migration is a drain on the country’s resources but Steve Jobs was the son of a Syrian migrant. Apple is the world’s most profitable company, it pays over $7bn (£4.6bn) a year in taxes – and it only exists because they allowed in a young man from Homs.